Spot was born around 1902. When there was a fire, Spot would run in front of the horses to clear the way and while the firefighters were fighting the fire, Spot would keep spectators away. During his lifetime, Spot saw the transition from horses to motorized apparatus. While at the firehouse, Spots’ master was Fred MacKay, the custodian of the firehouse and apparatus driver. Once the department was all motorized, Spot would be 14 years old, and found it difficult to keep up with the trucks. 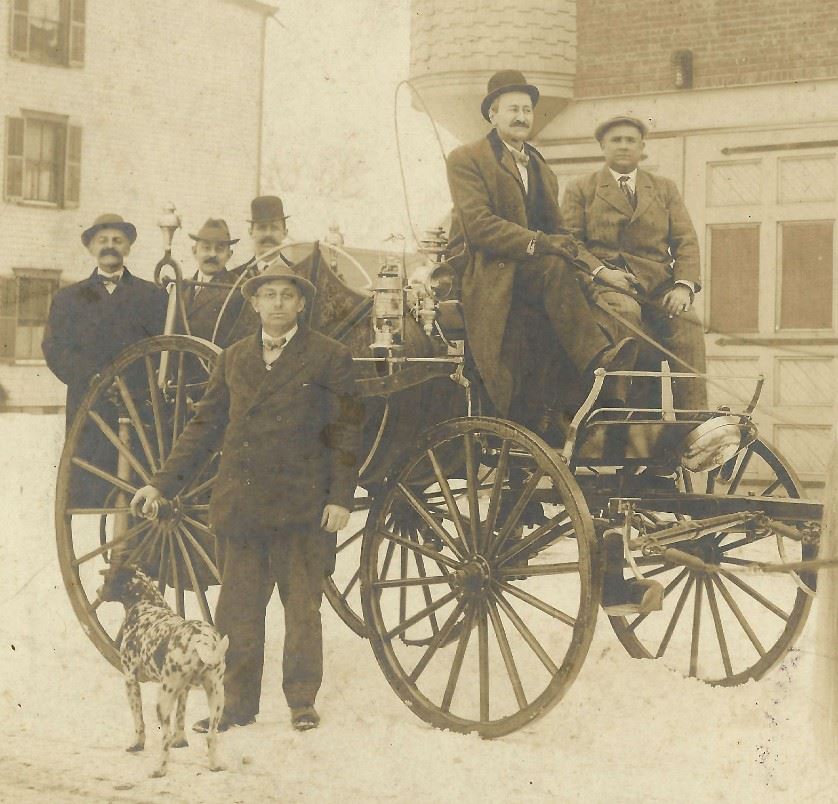 Smoky lived with H Parks Greer and his wife at the Central Avenue firehouse until the fire department moved to the Hartley Dodge Memorial in 1935. Smoky was born in October of 1931. "Belle", of Springfield Fire Department, was his mother and "Smoke", of Millburn Fire Department, was his father. Smoke was struck and killed by a firetruck in 1936. Smoke's mother "Nancy" was from Newark Engine 19, who disappeared in 1933.

A story is told of times Smoky would go out for a walk on his own after his dinner. Elford "Shimmy" Rathbun, a "paid driver" followed him one night in as far as North Bergen. Smoky was visiting his "girlfriend" Betty, North Bergen's fire dog. Needless to say, in July of 1937, Betty produced a litter of Dalmatians. One of these puppies was named "Boots." Boots was brought back to be trained as the next Madison fire dog after Smoky retires, however no records show of what happened with Boots. Smoky died on November 12, 1939 from a stomach condition. 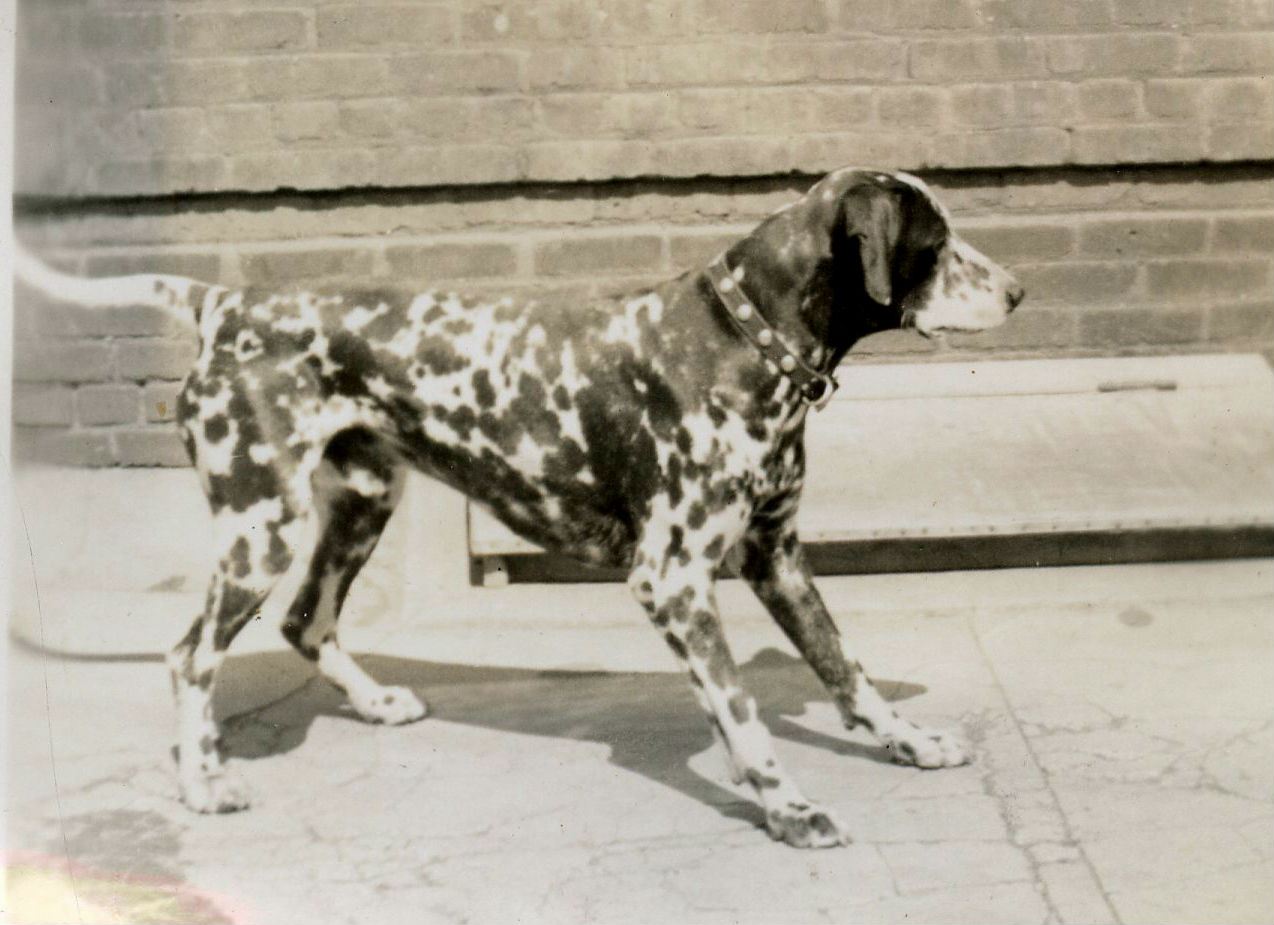 Smoky and Elford "Shimmy" Rathbun in July of 1936 when the bell was removed from the tower at the Central Avenue firehouse and in front of his new home at the Hartley Dodge Memorial in August of 1936. 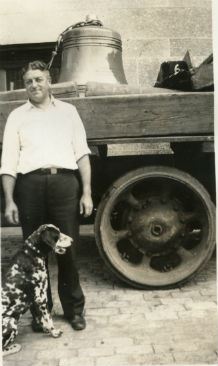 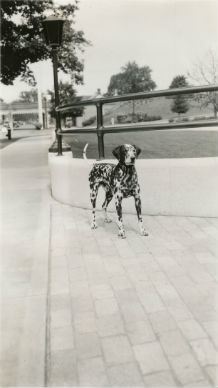